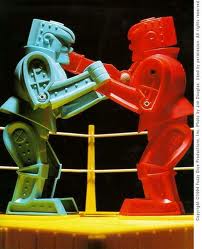 The American Congress of Obstetricians & Gynecologists last week entered the ongoing discussion about the value of robotic surgery, releasing a statement by President James T. Breeden M.D., cautioning about the use of the robot for routine surgeries.

In a previous post, I have noted that the medical evidence does not show a clear benefit from the surgery, in which the surgeon uses a remote console to manipulate robotic arms inserted in the patient.  If it sounds like a video game, that’s exactly how some observers have described it.  The technology is expensive and has a significant learning curve, by some accounts requiring 100 surgeries or more to achieve proficiency.  Numerous complications, often attributed to operator inexperience, have been reported.

The statement from the leading professional organization of women’s health care physicians, noted that, although the robotic approach adds approximately $2000 to the cost of each surgery, “there is no good data proving that robotic hysterectomy is even as good as—let alone better—than existing, and far less costly, minimally invasive alternatives.”  Breedon suggested that established hysterectomy procedures–by vaginal or laparoscopic approach–are safer and cheaper, except perhaps for complicated cancer surgeries.

The robots, which are a significant source of income and prestige for some hospitals and surgeons, quickly fired back.  A group of approximately 30 surgeons issued a rebuttal statement, claiming that the advent of robotic technology “has allowed us to extend a level of quality surgical care to our patients that is exceptionally more diverse and complete than was ever possible with traditional methods of surgery.”  The group was sharply critical of ACOG’s “failure… to embrace the education of Minimally Invasive Surgery.”

Not surprisingly, Intuitive Surgical, the manufacturer of the daVinci robot, wasn’t too pleased either.  The company issued its own statement, claiming that its machine “helps surgeons overcome the limitations of traditional MIS [minimally invasive surgery] techniques to provide patients with a less invasive option and prevent the downstream costs and complications of an open procedure.”  However, the company did acknowledge that the robot wasn’t suitable for all patients or all procedures.

Obviously, both sides have some talking points.  For one surgeon’s assessment of the pros and cons of robot surgery, see here. What we know as lawyers is that there are a lot of patients out there who were attracted by promises of less pain and faster recovery, but who got exactly the opposite of what they bargained for.