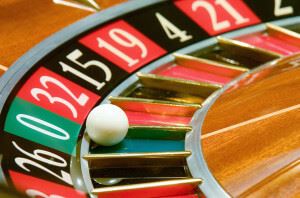 A pair of recent decisions from the Massachusetts Appeals Court this week underscore one of the biggest problems faced by a plaintiff’s lawyer in preparing an offer of proof as required by G.L. c.231 s.60B.  The plaintiffs in Hasouris v. McGlowan and Burns v. Rustum both presented offers of proof containing reasonably detailed opinion letters from qualified medical experts.  Yet in each case, the Appeals Court affirmed the tribunal’s finding that the plaintiff’s evidence was not sufficient to meet the admittedly low threshold set by the tribunal statute.

Although it is difficult to be sure from the relatively brief decisions issued under Rule 1:28, the opinion letters in both cases seem to be adequate: they name the health care providers the reviewing physician finds responsible, identifies the deviations from the standard of care, stating specifically what the omissions were, and connect the negligence to the injury alleged.  Yet in each case, the Appeals Court found the letters to be too “conclusory” or “speculative” to pass muster.

The tribunal is meant to screen out claims that are frivolous, and to do so by applying a directed verdict standard.  Translated somewhat, that should mean that, if an expert witness sat on  the witness stand at trial and testified to the exact contents of his letter, the trial judge would permit a jury to decide the case.  Yet sporadically, tribunals seem to go beyond this standard, which requires all evidence to be construed in the light most favorable to the plaintiff, and criticize the lack of detail or specificity which would normally be left for challenge on cross-examination.  Indeed, Section 705 of the Massachusetts Guide to Evidence would seem specifically to permit an expert witness to testify to his conclusions without stating the “underlying facts or data.”  If it’s good enough for trial, it ought to be good enough for a tribunal.

But despite nearly forty years of experience with the tribunal system, the standards for assessing the adequacy of an offer of proof remain murky and malleable.  The appellate courts have on many occasions rejected expert opinion as “conclusory” or “speculative,” but those pejoratives are in the eye of the beholder; for each opinion so rejected, there are many more that are deemed sufficient despite the same or less detail.  The courts’ inconsistent treatment of opinion letters creates a major dilemma for plaintiffs’ lawyers, who have no firm guidance about what is sufficient, and thus find themselves at the mercy of the tribunal judge and/or the appellate court.  The lack of clear guidance for what a court will consider adequate is aggravated by the lack of information available to the plaintiff at the tribunal stage.  Often the lack of detail in an opinion letter flows not from lack of merit, but from lack of discovery to flesh out facts that aren’t apparent from the medical record.

The result is a system where tribunal outcomes can be unpredictable–and completely unrelated to the merits of the claim.  Given the enormous expense and effort that go into the preparation and trial of a malpractice case, no plaintiff’s lawyer wants to take a case that has no merit, and most of us screen cases very carefully.  The tribunal presentation should be judged by a fair, impartial and clear standard, consistently applied.  Yet, as these recent cases show, too often, the courts demand an unpredictable–and sometimes unavailable–level of detail that is not necessary to achieve the purpose of the statute.

The Appeals Court’s unpublished decisions are available through the court’s website here.