The Massachusetts Supreme Judicial Court ruled today that a doctor who told his patient that it was safe to drive was not liable to another motorist injured when the patient suffered a grand mal seizure and lost control of his car.  The Court’s decision in Medina v. Hochberg restricted the application of the Court’s earlier opinion imposing liability on physicians. 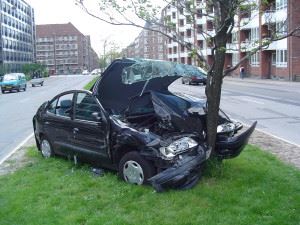 The patient, Robert Riskind, was being treated by a Massachusetts General Hospital neurologist, Fred Hochberg, for an inoperable brain tumor.  The tumor caused Riskind to suffer seizures on several occasions, including a previous grand mal seizure which, under Massachusetts law barred him from driving for six months.  Riskind followed Hochberg’s instructions, and did not drive during this period.

Hochberg continued to treat Riskind, and several months later, told him that he could pursue his normal activities, including driving.  Riskind, again following Hochberg’s instructions, was driving on December 10, 2001, when he suffered another grand mal seizure, and lost control of his car, injuring Richard Medina, who was on his way home from work.  Medina brought suit against Riskind and Hochberg, claiming that Hochberg was negligent in permitting Riskind to drive given his numerous medical problems.

The Court chose to narrow the application of an earlier decision, Coombes v. Florio, in which it had held that a doctor could be liable to a non-patient who was injured as a consequence of a doctor’s failure to warn a patient of side effects of a prescribed medication.  Although this decision caused much hand-wringing among malpractice insurers, who are always active in trying to limit patients’ rights, it has resulted in very few lawsuits, and does not require doctors to do anything they shouldn’t already be doing.

Distinguishing Coombes, the Court in Medina held that a doctor has no liability to non-patients who are injured as a result of complications or effects of the patient’s underlying medical condition, as opposed to consequences of an affirmative act by the doctor, such as a prescribed treatment or medication.  A doctor is only liable if his treatment of the patient “creates or increases” the risk of harm to the general public.

In reaching its decision, the Court also relied heavily on numerous “public policy” grounds urged upon it by doctors and their insurance companies.  The Court gave short shrift to the concern that the public may be endangered by patients whose medical conditions put others at risk, instead focusing on the supposed cost to doctors of increased litigation and the privacy rights of the ailing patients whose conduct causes harm.

The result is that there is an entire class of injuries that doctors have the ability, but not the obligation, to prevent. Without question, the doctor would be liable to the patient if the patient himself were injured by the doctor’s failure to give him important safety information.  Yet when the injured party is not the patient, the doctor escapes liability for not doing what good medical practice would require him to do anyhow.  Proper information and warnings given to the patient protect not only the patient, but the public as well.

And in focusing on the potential liability of the doctor, the court fails to recognize that in some cases, it will be the doctor, rather than the patient, who is in the best position to prevent harm to others.  A patient may be completely unaware of the potential danger he creates by driving or otherwise engaging in activities that could harm himself or others–as in the case of Mr. Riskind, who was simply following his doctor’s advice when he crashed into Mr. Medina.

The Supreme Judicial Court’s decisions are available on its public website.