Recently released statistics from the Massachusetts Division of Health Care Quality  (DHCQ) show a projected increase in certain types of surgical errors in 2012 as compared to 2011.  According to the data, which comes directly from mandatory hospital reports, the number of surgeries performed on the wrong body part and the incidence of foreign objects left in patients both increased by 60% in the first half of 2012, as compared to the previous year.  Hospitals reported smaller increases in performance of the wrong surgery or procedures performed on the wrong patient. 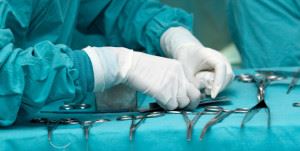 The DHCQ calculated the statistics by doubling the number of each type of incident reported by hospitals from January through June 2012 to estimate the number of adverse events for the full calendar year.  The data for the last half of the year is not yet available, and may not be directly comparable due to changes in some definitions that took effect in October 2012.

The statistics are based on Massachusetts hospitals’ self-reports of “serious reportable events (SREs),” a term intended to capture certain presumably preventable adverse events.  Under DHCQ regulations, hospitals must report events falling within the enumerated categories–and must notify patients that such an event has occurred.

A major weakness in the system is that it is dependent on the honesty of hospitals and the health care providers who may be involved in errors.  A surgeon who quickly finds a sponge left in a patient might not report it to the administration–or the administration might interpret the regulations so as not to require a report.  For example, recent statistics show that neither Children’s Hospital in Boston nor South Shore Hospital in Weymouth–two fairly busy hospitals– reported ANY surgical errors during the 18 months from January 2011 through June 2012.  Maybe, but I’m suspicious.

A more serious problem flows from the definitions used by the DHCQ, which exclude many otherwise serious reportable events.  For example, hospitals are required to report any death of a low-risk patient occurring within 24 hours of surgery. Yet if the patient is irreversibly brain-damaged during surgery, yet remains on life support until the day after the surgery, no report is required.

Other gaps occur when patients are treated at multiple hospitals, none of which accepts responsibility for the report.  For example, in one case we handled, a mother suffered a hemorrhage during delivery and was transferred to a tertiary care hospital, where she later died (a reportable event). The delivering hospital took the position that it was not required to report the death because the mother didn’t die at its facility–while the receiving hospital didn’t feel it had to report since the injury that caused the death occurred elsewhere.  In another case, a psychiatric patient being transferred from one hospital to another eloped  (another reportable event) during transport and committed suicide.  Neither hospital reported the elopement.

While the SRE program is well-intended, the tremendous individual variation in hospital reporting and the narrow definitions used by the DHCQ make the resulting statistics of limited use to consumers.  Unless more stringent reporting requirements are instituted, it is difficult to compare one hospital to another, or even to determine whether the quality of care is improving.  So far, there is little evidence to show that it is.

Read the DHCQ presentation of its statistics here.