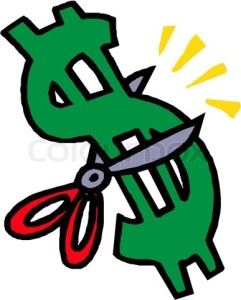 In a previous post, I discussed the recent SJC case of Klairmont v. Gainsboro Restaurant, Inc., in which the Court held that building code violations that were significant and longstanding might serve as a basis for liability under the Consumer Protection Act, Chapter 93A.   That decision is also important for its extensive (and somewhat confusing) discussion of the interaction of damage claims available in wrongful death and survival actions.

As the Court noted, both parties mistakenly assumed that the wrongful death statute, G.L. c.229, Section 2, provides the sole avenue to recover damages for wrongful conduct that results in death.  Instead, the Court recognized that there may be other statutory causes of action–including 93A claims–brought on behalf of the decedent for his own losses.

The damages available to the decedent’s estate (so-called survival claims) recognize the loss to the decedent himself, while the wrongful death statute permits recovery for consortium-type losses to the designated beneficiaries.   Thus, claims for medical expenses and the decedent’s conscious pain and suffering preceding his death belong to the estate.  On the other hand, the Court held that loss of consortium damages were available only under the wrongful death statute, and not as part of the estate’s claim under 93A.

The Court then focused on the related claims for lost earnings and loss of earning capacity.  In a somewhat confusing exposition, the SJC decided that the decedent’s estate could recover only for lost earnings actually sustained in the time between the injury and the death.  Any claim for future lost earnings, the Court held, would impermissibly duplicate the statutory beneficiaries’ claim for loss of reasonably expected net income as provided in G.L. c.229, and thus would not be allowed.

This result ignores the reality that many statutory beneficiaries under the wrongful death statute are not financially dependent on the decedent–as was likely the case of the college student in Klairmont.  In such cases, the SJC’s claim that an award to the estate for loss of future earnings would duplicate the beneficiaries’ recovery under the death statute is factually incorrect.  Thus, the decision leaves Massachusetts plaintiffs in death cases with a continuing bar to recovery of damages for future earning capacity, except to the extent that there are financially dependent beneficiaries.  And defendants whose victims are children, unmarried adults and even non-working parents, escape liability for an important category of financial loss.

The end result in Klairmont was a virtual evisceration of the trial court’s damage award made pursuant to G.L. c.93A, striking more than $2 million in damages awarded for the decedent’s economic loss and the decedent’s parents loss of consortium, as well as $2 million in attorney’s fees.  The SJC instructed the trial court that the damage awarded had to be recalculated in light of its opinion, and that the amount of the legal fee should be reviewed in light of the dramatic reduction in the final damage award.

The discussion of damages in Klairmont is an important reminder to examine all available causes of action so as to ensure the decedent and his family a full recovery.  There may be practical reasons not to bring all of these claims, but that decision should be made reflectively, not reflexively.

The Supreme Judicial Court’s opinions are available on its public website.