Many patients see generic drugs as a cheaper alternative to brand-name medications.  Some people even specifically ask their doctors to write prescriptions for drugs by their chemical names rather than the proprietary label, so that they can reap the cost savings.  And in terms of medical effectiveness, there should be no difference between a generic and a brand-name pharmaceutical. 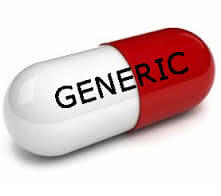 But in the wake of a recent United States Supreme Court case, there is an enormous legal difference between the two.  Although their liability is somewhat limited by federal statutes, Big Pharma manufacturers like Pfizer, Novartis, Merck, and others can be sued if they don’t adequately warn patients about the side effects of prescription medications.  Yet when a company sells the same drug in its generic form, there is no liability even when devastating injury or death results.

In December 2004, Karen Bartlett, a New Hampshire woman in her late 40s, began to take Sulindac, a generic non-steroidal anti-inflammatory drug, for shoulder pain.  Three months later, she suffered a rare but well-known reaction, Stevens-Johnson Syndrome, that caused more than half her skin to burn off, and left her severely scarred and blind.   She sued Mutual Pharmaceutical, the manufacturer of the drug, for failing to warn of the side effects, and a jury found in her favor, awarding $21 million to compensate for her horrendous permanent injuries.

The manufacturer of the drug, Mutual Pharmaceutical, claimed that it could not be liable for any problems with the drug, because it had no power under federal law either to change the drug’s composition or to alter the warnings.  The First Circuit rejected this argument on appeal, saying that, although Mutual had no power to change the drug or its warnings, it could opt not to sell it in a dangerous form, or it could accept the obligation to compensate injured consumers as a cost of doing business.  In essence, the First Circuit said, it was the manufacturer’s choice to sell the drug or not, and it could be liable for the consequences of that choice.

However, the United States Supreme Court reversed First Circuit and the jury’s verdict.  In Mutual Pharmaceutical Co., Inc. v. Bartlett, the Court held that the maker of a generic drug can sell the drug with no responsibility for side effects, as long as it produces and labels the drug in accordance with the information submitted to the Food and Drug Administration (FDA) by the original manufacturer of the drug.  The consequences of this ruling are truly frightening for consumers.  According to Bartlett, even if a drug manufacturer is aware that a drug is dangerous as formulated, or that the warnings are inadequate and incomplete, it can continue to sell that drug with impunity unless and until the FDA steps in to change the warnings or take the drug off the market.

Tort reformers hail this decision as an important decision that protects manufacturers from liability for selling drugs that may help some patients.  But they ignore the reality of the situation: Karen Bartlett’s enormous medical expenses must be paid by someone.  The Supreme Court has decided that we, the public, should pay those costs, while the manufacturer of the drug that caused the damage continues to reap the profits from its sale.  This result turns on its head the important premise of tort law that all persons–and corporations–are responsible for the harm caused by their misconduct.