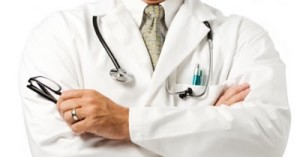 Almost eight years ago, patients seeking to bring medical malpractice claims in New Hampshire fell victim to a cumbersome and expensive legislative scheme advocated by health care insurers as a “screening” system.  The panel system requires each medical malpractice case to be heard by a three-member panel consisting of a doctor, a lawyer and a retired Superior Court judge.  The panel hears evidence and makes findings about the merits of the case–and if unanimous, either for the patient or the doctor, those findings are admissible at trial.

The problems for patients were many: the screening process introduced another layer of expense to an already expensive process, making it more difficult for patients with less-than-catastrophic injuries to bring claims.  The doctors who sat on the panels almost never found for patients, meaning that the findings were either divided or unanimous in favor of the doctor.  And instead of encouraging early settlement, the introduction of another step in the process created more delays.  Still, the system continues, despite a recent report from the New Hampshire Insurance Department concluding that the process is not working as intended, and in fact, has increased expense and delay.

But at least one patient has managed to overcome the chilling effect of an adverse panel finding, winning a jury verdict despite the usual introduction of a unanimous panel decision in favor of the defendant.  Just last month, a Hillsborough County jury awarded $1.5 million to the family of a man who died after his cardiologist failed to order tests to determine the cause of repeated fainting spells.  The case is reportedly the first time a jury has ignored a unanimous finding for the defendant to return a verdict for a plaintiff.

The effect of defense-oriented panel findings may have been eased by last year’s New Hampshire Supreme Court decision, In re Southern New Hampshire Medical Center.  As originally written, the screening panel statute prohibited the jury from learning anything about the panel other than its actual finding. The Supreme Court’s decision permits the jury to learn that the panel is an abbreviated proceeding that does not hear all of the evidence presented at trial. The decision also permits parties to offer evidence of statements made by their adversaries at the screening panel, in order to prevent a party from changing his position at trial.

The recent jury verdict demonstrates that lawyers trying malpractice cases with an adverse panel finding should think carefully about how to present the finding to the jury, and how to explain the differences in the proceedings. While the damaging effect cannot be ignored, the ability to explain the circumstance and procedure of the panel to the jury should help to ensure that malpractice cases are fairly tried on their merits.