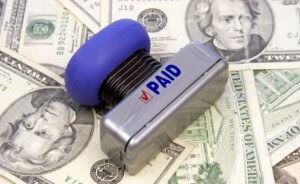 In an earlier post, I offered some information to help answer questions raised by many clients about how they could have learned more about their doctor’s malpractice history.  Although they are far from perfect, many state medical board websites have some information available for patients who know where to look.  They don’t include any pending claims, and sometimes even paid claims are mysteriously absent.  But many patient advocates feel they are better than nothing.

Not unexpectedly, the physician profiles are full of disclaimers that downplay the significance of malpractice payments in evaluating a doctor’s competence.  They offer a wide variety of reasons why the information that they are posting should be ignored.  But many patients would disagree with the medical boards, believing that they are better off avoiding doctors with a history of malpractice claim(s).

There is some scientific support for their belief.  A number of authors have studied malpractice insurers’ closed claim files to determine whether doctors who are successfully sued one or more times are more likely to be sued again.  The answer is generally yes.  The majority of doctors are never sued at all.  Very few have more than one claim.  But there are a number of repeat offenders.

As in many areas, however, the law does not mirror reality!  Despite a number of statistical analyses showing that doctors with one or more malpractice claims are more likely to be sued again, the law considers each case individually.  Clients (and some lawyers) are usually surprised to learn that a doctor’s malpractice history is not admissible in court.  Thus, a jury never hears whether a doctor has paid malpractice claims in the past, or has never been sued at all.  The legal theory is that the jury is not deciding whether the defendant doctor is a good doctor or a bad doctor, but whether he or she was negligent in the particular case in question.  The fear is that, if a jury learns that a doctor has been sued before, or has settled claims, it will assume that the doctor has done it–committed malpractice–again.

Doctors with malpractice histories are not alone in benefiting from this rule.  A driver who causes his fifth accident can rest assured that the jury will never be told about the four previous crashes.  And the same rule is carefully applied in criminal cases: in most cases, a jury never learns about a defendant’s prior convictions.

The goal of ensuring that each case is judged on its own merits is admirable; certainly, no one would want to be adjudged liable or guilty solely on the basis of past misdeeds.  However, the absence of information about past accidents or crimes may lead jurors–who aren’t told about the rule excluding such evidence–to believe that there are none and to give the defendant the benefit of the doubt.

To be sure, there are many reasons why a claim may be paid that don’t reflect on a doctor’s competence or overall quality of care.  On the other hand, there are habitually careless doctors who manage to escape liability for years.  While a malpractice history should not be the only factor a patient uses to choose a doctor, it’s still worth considering.

Read a few studies finding that a history of prior claims is a risk factor for more claims here and here and here.