Most of the newspaper headings describing the Supreme Judicial Court’s recent decision in Evans v. Lorillard Tobacco Co., a much-watched cigarette liability case, focused on the negative: that the Court vacated part of the judgment.   “Court Throws Out $81 Million in Damages Against Lorillard in Smoking Death Suit,” brags one business website.  “SJC Overturns Part of Award in Tobacco Case,” writes The Boston Globe. 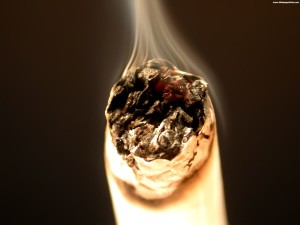 Yet the much bigger news for personal injury victims and their families is that the SJC affirmed an award of compensatory damages totaling $35 million. As affirmed by the SJC, the award consisted of $25 million to Marie Evans’ estate for her conscious pain and suffering, and $10 million to her adult son, Willie, under the wrongful death statute.  Both amounts had been the subject of a remittitur by the trial judge from the jury’s award of $50 million to Mrs. Evans and $21 million to her son.

Even as reduced, the award is the largest compensatory award in a wrongful death case in Massachusetts and validates the opinion of many plaintiffs’ lawyers that juries value suffering and death much more highly than insurance companies think.  And the fact that the SJC approved the judge’s decision shows that the Court, too, places a high value on human life.  So while the facts in Evans were extraordinary and even inflammatory–a cigarette company’s plan to entice African-American children to develop a smoking habit by giving them attractively packaged free samples–the Court is clearly willing to respect large awards as appropriate compensation for wrongful death and pain and suffering.  Nothing in the Court’s opinion or the applicable law suggests that such large recoveries are limited to extraordinary situations.

The rest of the SJC’s opinion is likewise encouraging to plaintiffs.  The Court rejected Lorillard’s various arguments that it should not be responsible for the addictive properties of its cigarettes and the consequent health effects.  The Court also gave short shrift to the defendant’s argument that Evans should have known that smoking caused lung cancer as far back as the 1960s, noting that the company’s CEO had, under oath in a congressional hearing, denied any connection as recently as 1994.

Even the Court’s reversal of the punitive damages award, which led most of the news stories, is hardly fatal to the plaintiffs: the court held that the issue of punitive damages must be retried because of confusion about whether impermissible legal theories may have contributed to the jury’s award.  Certainly, the plaintiff would have preferred to hold his verdict, but a new trial on punitive damages, with liability and a $35 million compensatory award already established, is not the end of the world.