For anyone who wants a peek behind the curtain of Morbidity and Mortality conferences–those secret peer review meetings where medical errors are discussed–there’s a book-turned TV series that offers an interesting glimpse.  Monday Mornings is a TNT series based on a book of the same name by medical journalist Sanjay Gupta.  As with most things worth watching, the series was canceled after one season, but it remains readily available thanks to Amazon Instant Video! 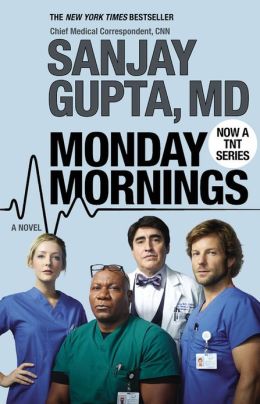 As I’ve ranted before, the medical profession has an established tradition of meeting to discuss bad outcomes in patient care and has prevailed upon legislatures in every state to pass laws allowing them to keep those discussions secret, even from the patients whose care is being discussed.  Monday Mornings offers a fictionalized description of what goes on behind those closed doors.

While the characters’ personalities–the pompous chief of staff, the emergency department doctor who shoots from the hip, the scruffily handsome neurosurgeon who is having an affair with his beautiful colleague– are rather stereotypical and obviously created to bolster the dramatic storyline, there is still plenty of focus on how hospitals react to medical mistakes.  For the most part, discussions in the Monday morning meetings are brutally honest in their criticism of surgeons who’ve made errors, both in technique and in reasoning.  Of course, when the chief of staff decides to terminate the privileges of a doctor who made an inexcusable error, it is clear that he will allow the physician to go practice at another facility–another dose of reality in a world where bad doctors move freely from hospital to hospital and state to state.

Most people outside the medical profession will never get a chance to see the inner workings of the peer review process up close and personal.  Gupta’s inside knowledge brings readers and viewers a unique look at how the medical profession handles errors.  The result is flattering and frightening in equal parts, as the providers genuinely seem to strive for improvement, yet at the same time are willing to conceal mistakes from public view.  Despite the dramatic embellishments, the book is worth a read for lawyers and patients who are interested in how the peer review system really works. The TV series faithfully tracks the book, and the cast makes a compelling drama.