Not uncommonly, I get a call from a distraught family member.  A loved one has just died, and someone needs to decide whether there should be an autopsy.  A terribly unpleasant decision to make, particularly under stressful and emotional circumstances.  And if the death has been preceded by events the family considers suspicious, the decision-making process is that much more emotionally charged. 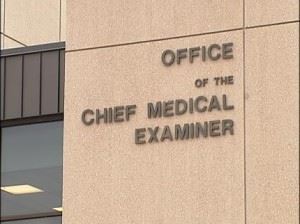 Sometimes the call is precipitated by the fact that one or more family members don’t want to have their loved one subjected to the invasive procedure of autopsy.  “He’s been through enough.  I don’t want him to be cut again,” is a common refrain.  It may be a doctor who’s pushing the autopsy–in which case the doctor should be asked to explain the reason and the anticipated benefits, and leave the choice to the family, just as with any other medical procedure.

Other times, a family member is considering an autopsy as a means to answer unanswered (and sometimes unanswerable) questions.  I can hear the cynics bemoaning the fact that families are considering a lawsuit “at such a time.”  But sometimes the circumstances leading up to death make it almost inevitable that the thought will cross someone’s mind.  Consider, for example, a recent case we handled, were a healthy young wife and mother went to a day surgery facility for what was supposed to be a routine procedure to correct a sinus problem.  She ended up being transferred to a hospital, where she later died of internal bleeding.  With such an unexpected result, there are bound to be questioned.

When the question is asked, I usually advise the family seriously to consider the autopsy.  Information is almost never a bad thing.  If the circumstances warrant litigation, the autopsy can provide important evidence of the cause of death, and the existence or non-existence of other medical conditions.  And sometimes, the autopsy shows something unexpected that may explain the death, or otherwise show that there was no malpractice.  Isn’t that a good thing for everyone to know?

Another question families ask if the autopsy is to be performed at the same place where the death occurred, is, “Can I trust the hospital pathologist?”  Call me naive, but I believe that for the most part, the answer is yes.  In my experience, pathologists seem to be among the most scientifically honest members of the medical profession.  Not to say that cover-ups or simply favorable, or even biased, interpretations don’t occur, but for the most part, I think pathologists call ’em as they see ’em.

The autopsy also preserves important information, in the form of stored tissues and prepared slides, for later use.  An independent pathologist can review the slides, or even have new tissue cuts prepared.  This process permits a second opinion to check the accuracy of the original review, or a new interpretation if additional clinical information is discovered.