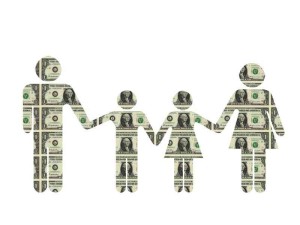 A recent decision by the Massachusetts Appeals Court underscores the limitations on the appropriate use of contingent fee agreements.  In Landry v. Haartz, a lawyer tried to enforce a contingent fee agreement in a case where he had represented a couple in a business transaction concerning the sale of their share in a family enterprise.  Unlike some more colorful family business disputes in recent memory, the plaintiff and her sibling co-owner remained on friendly terms throughout, and the sale was concluded quickly, and at a value set by the corporation’s accountants.  The jury found that the lawyer, who had the burden of proof, had failed to prove that the amount of the contingent fee was reasonable under the circumstances, and therefore could not enforce the contract.

While on its face concerning to lawyers who handle contingent fee cases, Landry is actually a situation where there was no real risk to the lawyer, and no significant uncertainty about the outcome of the transaction.  Given the pre-existing business agreement and the friendly relations between the siblings, it is difficult to say that the lawyer’s services contributed significantly to producing the resulting sale.  In the absence of any “contingency” that might or might not occur, a contingent fee is often inappropriate.  This case probably would have turned out much better for the lawyer if there had been litigation about the terms of the sale or the value of the business.

The situation in Landry stands in stark contrast to most personal injury cases, where there are usually significant uncertainties about liability and/or the amount of damages, and where there is usually a genuine risk that the plaintiff may get no recovery at all.  In those cases, not only does the lawyer take a serious risk in contributing his time and money to the effort, his services play a major role in accomplishing a favorable outcome for the client.  Unlike Landry, in these cases, there is a genuine contingency: the client may recover nothing, in which case the lawyer gets no fee and loses his investment in the expenses; the recovery may be far less than the lawyer and client expect or hope at the outset, in which case the lawyer’s compensation is much less than a regular hourly rate; or the recovery may be adequate to provide the lawyer with a fair return on his investment while allowing the client to receive excellent legal services that he could not otherwise afford.

The important message for clients, lawyers and judges who deal with contingent fee agreements is that the fee must be reasonable, at the time the agreement is signed.  This determination involves considering the nature of the case, and what difficulties may be anticipating in proving liability and/or damages, the skill required to handle the case, and the expected investment of time and money that might be involved.   In the vast majority of cases, both client and lawyer will feel at the end of the case that their arrangement was fair to both of them.

Read the Appeals Court’s decision in Landry v. Haartz on the court’s website.

Contingent fee opens courthouse doors to people regardless of means – also serves as important check on frivolous lawsuits.  If the client has money to pay a lawyer, the lawyer cares less about merits, because of being paid.