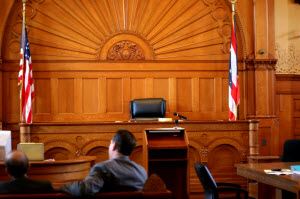 A lot of prospective clients who call our office start the conversation by saying, “I’m not the kind of person who sues.”

I assume those people don’t really mean that, because otherwise, why would they be calling a lawyer’s office to ask about bringing a lawsuit?  Yet I’m always amazed by how many callers feel the need to tell me what kind of people they aren’t, as if bringing a lawsuit is somehow shameful or wrong.  What most of these callers are actually trying to do is to convince me from the outset that their cases are serious and meritorious, that they have truly suffered a grievous wrong at the hands of someone else.  Left unsaid, perhaps, is the caller’s perception that many people who sue bring frivolous claims over trivial matters, and the caller doesn’t want to be lumped with those litigants.

The “kind of people who sue” include people of all ages, professions, and social, economic, ethnic and racial backgrounds.  Our clients include teachers, office workers, bus drivers, government employees, corporate executives, doctors and nurses, lawyers.  We represent people who are receiving public assistance benefits, and people who have trust funds, people who go to work every day–or used to before they were injured–and people who are retired.  But they all have two things in common.  The first is that they all feel they have been harmed by someone else’s negligence, and they want to do something about it.  The second is that they all have the right to file a lawsuit and ask a jury of their fellow citizens to resolve their dispute.

The “kind of people who sue” are usually people who have suffered some sort of personal or family tragedy.  People who say that they aren’t the “kind of people who sue” are often simply people who have never had the misfortune to be injured by another’s negligence.  Until they have personal experience with unnecessary suffering or death, they may not realize the effects those events can have.  But when someone suffers a serious injury, or loses a loved one to negligence, the reasons people sue all of a sudden become very clear to them.  There is a normal human desire for justice, which in our society is achieved through the court system rather than through violence or other means.

The stigma attached to “people who sue” is a relatively recent phenomenon fueled  by large-scale public relations efforts by corporations, insurance companies, doctors’ organizations and other so-called “tort reformers.”  As a result of these well-financed efforts, the meaning of the word “plaintiff”–the person who brings a lawsuit–has changed from “injured victim” to “money-grubbing freeloader looking for a handout.”  And the term “trial lawyer” no longer means an advocate for the rights of injured victims, but is used as a pejorative term.

It’s a sad change, because it undermines the very foundations of our justice system.  People who have been injured through negligence have a right to seek compensation from the people and entities responsible.  And negligence suits have been responsible for many positive changes in our society: safer cars and consumer products, better medical practices, more secure schools and other facilities.  That’s a major motivation for many people who bring lawsuits–they want to make sure that no one else is injured or killed in the same way.

Most people would certainly hope never to become the “kind of people who sue.”  But when circumstances force someone to become a party to a lawsuit, it shouldn’t be something to be ashamed of.