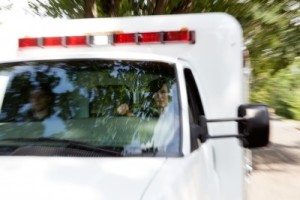 The firm represented the family of Gregory Hillman, a college student from Darien, Connecticut, who had been brought to Berkshire Medical Center in Pittsfield by the staff at Gould Farm, in Monterey, where he had been a resident for the previous week.  On June 29, 2009, Gregory left Gould Farm in the middle of the night, leaving behind a goodbye message on his Facebook page and a note indicating his intention to end his life. Within hours, the Monterey police located Gregory and returned him to Gould Farm, where the staff determined that he should be brought to Berkshire Medical Center for psychiatric evaluation and treatment.

When the ambulance carrying Gregory arrived at North Adams Regional Hospital, the attendants removed Gregory’s restraints and allowed him to walk into the facility.  While he was being escorted inside, Gregory began to run away, and the attendants were unable to catch up with him.

The North Adams police were alerted, and an intensive search for Gregory occurred over the next several days.  During the search, Peter and Lisa Hillman made multiple public appeals for information regarding their son’s whereabouts.  Gregory’s body was recovered from the Hoosic River on July 9, 2009.

The Hillmans reached an agreement with County Ambulance that involved the parties’ joint input in creating new protocols to make the transport of patients like Gregory safer.  The agreement included a meeting between the Hillmans and County representatives, which both sides felt was productive and helpful.  The Hillmans felt that they had been able to honor Gregory by using the tragedy of his death to help other patients and families in similar situations.

The lawsuit continues against the providers at Berkshire Medical Center, whom the Hillmans charge with failing to give information about Gregory’s flight risk to the EMTs to help them understand the measures needed to transport Gregory safely.  The Hillmans hope that BMC will someday be willing to follow County Ambulance’s lead in making care safer, but so far, their efforts to elicit a response from BMC have not been fruitful.

Read the joint press release from the Hillman family and County Ambulance here.