What does it say when a defendant is so eager to participate in a case that it monitors court filings and files motions BEFORE it has even been served with process by the plaintiff?  In a recent case, it speaks volumes about the advantages to a defendant from being able to get a case into federal court.  And that alone should make plaintiffs stop and think hard before allowing that to happen. 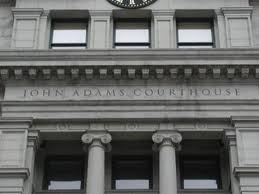 In the recent case of Gentile v. Biogen Idec, Inc., the plaintiff filed a wrongful death case in Massachusetts state court, alleging that his wife had developed a fatal brain disease as a result of her use of an immunosuppressant drug called Tysabri.  Just a few days after the complaint was filed, before the plaintiff had a chance to serve either of the defendants, the out-of-state manufacturer Elan filed a motion to remove the case to federal court.

The right to remove case from state court to federal court when the defendant is from a different state that the plaintiff (“diversity of citizenship” in lawyer-speak) was intended to protect out-of-state defendants from the perceived prejudices against them on the part of local jurors.  However, there are two important exceptions: the right of removal is not available unless there is “complete diversity”–that is, no plaintiff is a citizen of the same state as any defendant, nor is it available to an in-state defendant against an out-of-state plaintiff.  The second disqualification would normally apply to the Gentile situation, since co-defendant Biogen was a citizen of Massachusetts.  But Elan sought to circumvent this limitation by filing for removal before the in-state defendant Biogen was served and appeared in the case.

Judge Woodlock rejected this attempted end-run, holding that, as long as the in-state defendant was served before the out-of-state defendant–a sequence that the plaintiff can control relatively easily–there is no right to remove the case.  He reasoned that the plaintiff should, in the first instance, have the choice of state or federal court.  If Elan believed that the local defendant had been fraudulently or improperly joined as a party, it could make a motion to remove after all parties were served and had an opportunity to be heard.

Elan’s extraordinary efforts, in monitoring court filings and acting swiftly to attempt to remove a case of which it had not yet formally been notified, are strong evidence of the widespread belief that federal courts are a more favorable forum for defendants.  And that is all the more reason why plaintiffs in general, and plaintiffs in personal injury cases in particular, ought to avoid federal court like the plague.

The New England state courts are, for the most part, blessed with thoughtful judges who are willing to try cases. The discovery rules are less burdensome than those in federal court, particularly with respect to expert discovery, and therefore more favorable to plaintiffs who are more cost-conscious than large corporations and insurance companies. There are fewer required pretrial and trial filings, and in general, a welcoming, user=friendly attitude. In contrast to federal courts, where many plaintiff’s attorneys feel barely tolerated and distinctly unwelcome, state court judges are often genuinely eager to try an important, interesting medical malpractice or personal injury case.

If any plaintiff needed a reminder that federal court is not a great place to be, the efforts of the defendants in Gentile should be just that. Judge Woodlock’s opinion is a clear road map for Massachusetts personal injury lawyers that allows them to protect their forum choices simply by observing proper order of service.