Automobiles are the most common form of transportation in the United States, with millions of Americans relying on cars, trucks, and motorcycles to get them where they need to go on a daily basis. Unfortunately, vehicular accidents pose substantial risks to the health and safety of all those who may be involved. In fact, even a relatively minor auto accident can have consequences that accident victims may not be able to afford on their own- that's why you need an experienced Boston car accident lawyer in your corner. 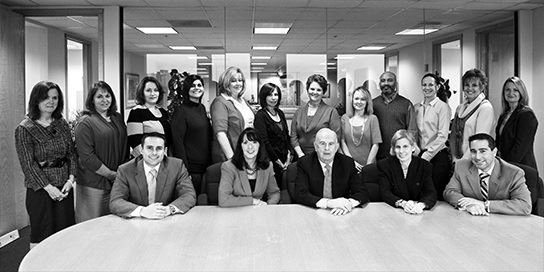 Car accidents can result in anything from minor injury to, in the worst of cases, death. However, in all circumstances in which someone else was at fault, it may be possible for car accident victims to get compensation for their damages. Our team at Crowe & Mulvey, LLP knows how devastating car accidents in Massachusetts can be. Our Boston auto accident lawyers also understand just how critical getting this compensation can be, not to mention the sense of justice that many victims obtain by holding the party responsible for the accident liable.

Dial (617) 404-3417 or contact us online today to discuss your car accident case with our auto accident lawyers in Boston. We can help you pursue full and fair compensation for your injuries.

Unfortunately, vehicular accidents can be caused by a wide variety of factors and can involve many different types of vehicles. Some of the most common automobile accidents, their causes, and the consequences of them include:

In all of these situations, victims of the accident may be able to fight for the compensation they deserve, giving them the resources they need to recover and continue on with their life.

Reckless driving is a broad category of driving and it encompasses dozens of different possible behaviors that could lead to an accident. However, some of these behaviors occur more often than others. Some of the dangers speeding causes include:

Any of these conditions could easily make driving more dangerous.

The time following an accident is difficult, hectic, and stressful. When you have urgent questions, even seconds of not having an answer can be incredibly frustrating and frightening. It’s for this reason that we’ve taken our most frequently received questions and compiled them with answers to help you move along the process. Unfortunately, due to the unique nature of many car accidents, it’s nearly impossible to answer these questions in anything but a very general way. If you don’t find the exact answer you’re looking for, or have further questions, get into contact with one of our auto accident attorneys in Boston immediately.

How much can I receive in compensation if my accident was caused by someone else?

There are many aspects of an accident that are taken into consideration when you’re looking to find compensation for property damage or hospital bills. This includes damage to your car or valuables inside your vehicle, immediate hospital bills from your injuries, future hospital bills if you have to follow-up on your injuries, future physical therapy sessions if applicable, a replacement for wages you lost while you were injured, and a sum for both your pain and trauma. Not all of these will apply to all cases, but it’s a good basis for understanding how much you’ll be asking for with the help of an attorney with Crowe & Mulvey, LLP.

How do you determine who is at fault for an accident?

Determining fault is one of the most difficult aspects of seeking compensation after an accident. In the event you’ve been wrongfully injured, you deserve help in getting back on your feet, but there’s no reason to be forcing responsibility upon a potentially equally wronged or injured party.

In many cases, it’s more likely than not that several factors played into your injuries. For example, if another driver hit you, but you would not have sustained injuries had your airbags not been faulty, then you could point to the other driver or the manufacturer of your airbags to place fault.

Someone ran a red light. Do they owe me money?

If another driver ran a red light and caused you to be involved in a car accident, then that person may be held responsible for any expenses that you have incurred as a result of the accident. Though personal injury law has some exceptions, in general, if another person endangers your safety, or causes you undue injury, then you may have a case. Of course, the best way to know the status of your claim is to talk with an attorney.

Should I try to settle with the other person outside of court?

It’s generally not a good idea to attempt to handle your legal business without the help of an attorney. Even if your claim is not hostile, or does not involve injury, you are still likely to gain the most favorable outcome with the guidance of an attorney and the protection of the judicial system.

Who is responsible for fixing roadways?

It varies from state to state, but local municipalities (city agencies) are most often the entities that are responsible for noticing and repairing roadway defects. When defects go unrepaired, innocent drivers like you could be involved in dangerous car accidents, resulting in both physical injuries and financial difficulties.

What are the three categories of distracted driving?

There are three primary categories for distracted driving, each of which is unsafe. The three categories are:

Each of these types of distractions can cause a driver to take part in dangerous behavior on the road, as he or she is somehow not focusing on the task at hand – driving a vehicle.

Why is a car accident lawyer be beneficial for insurance claims?

Also in 2015, Massachusetts had 42 drivers that were killed with a blood alcohol content (BAC) greater than .08. IN 2015, Massachusetts had 173 fatally injured passenger vehicle occupants. Of those, 83 of them were unrestrained and not using a front seat safety belt, 46 were using seat belts, and 44 were unknown (regarding the use of seat belt restraints).

Yet, across the U.S., there has been a 53% decline in deaths among drivers ages 15-19 between 2005 and 2014. The decrease is attributed to strong graduated drivers licensing laws in Massachusetts and the U.S. that limit teen driving to avoid risky driving situations. Although the United States has made progress, much information needs to get in the hands of the teen driver and their parents.

However, the teen driving accident problem is widespread in the United States. According to the Centers for Disease Control and Prevention:

You can find more information to keep the kids in your life safe by visiting www.cdc.gov/ParentsAreTheKey.

Speak With a Car Accident Lawyer in Boston 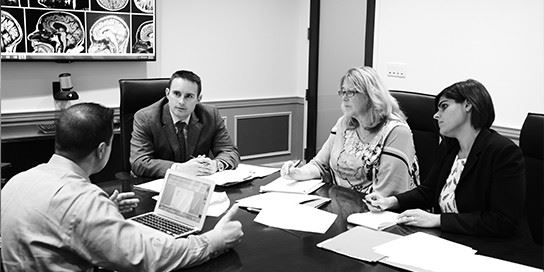 If you have been injured in a car accident caused by someone else, our legal team at Crowe & Mulvey, LLP, believes that you shouldn’t have to face the consequences alone. With our help, you may be able to hold the party who was responsible for causing the accident accountable, which may, in turn, provide you with much-needed financial compensation and justice.

Contact us online or at (617) 404-3417 to learn more about your legal rights and options from one of our Boston car accident lawyers.

/
View More Results
Learn How We Can Help
About Us