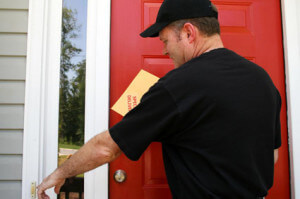 A recent Massachusetts Superior Court decision offers a victory for common sense and a ray of hope for lawyers who fight battles over the adequacy of service of process on a defendant who is clearly aware of a pending lawsuit.  In Angeles v. Uson, Middlesex Superior Court Civil Action No. 2012-05049, Judge Salinger essentially back-dated an order (the legal term is nunc pro tunc) permitting alternative service on a defendant after the fact.

Most lawyers at one time or another have struggled with the frustration of serving a complaint on a defendant who lives in another state, or even in a foreign country.  Not uncommonly, the attorney knows exactly where the putative defendant lives and works, but a tangle of complicated rules and procedures can make proper service of the process difficult, time-consuming, and expensive.  Indeed, sometimes these rules sometimes seem better designed to help an absent defendant avoid being served with legal papers than to make sure he is aware that he is being sued.

Every defendant, no matter where he lives, is entitled to adequate notice of a lawsuit so that he can hire legal counsel and defend the claim.  At one time, the responsibility for serving such notice was placed on official sheriffs or marshals, or on specially-appointed private process servers.  Service by mail came relatively late but eased the burdens both on lawyers and on the government officials who spent so much time serving the civil process.  Under any set of rules, it is common for a foreign defendant to challenge the adequacy of service on technical grounds–even though his appearance to raise the challenge makes it painfully obvious that he is aware of the lawsuit.

Rule 4(e) of the Massachusetts Rules of Civil Procedure has long permitted the trial court judge to authorize a different form of service than that prescribed by the rules, so long as the form of notice is designed to give the defendant actual notice of the proceeding.  In recent years, that provision has been used to permit service by newer forms of communication, such as facsimile and electronic mail.  But Judge Salinger went a step further–authorizing an alternate form of service that had already taken place!

The plaintiff in Angeles had devoted substantial amounts of time and money attempting to serve a former business partner who was living in the Philippines.  Eventually, the summons and complaint were left at the defendant’s residence by a local paralegal working on behalf of the plaintiff.  The attempt at service succeeded in giving the defendant actual notice, as evidenced by the fact that he retained a large Boston firm to claim that the service was inadequate!

But Judge Salinger issued an order nunc pro tunc (roughly translated as “now for then,”), which means that it is effective retroactively.  His order authorized the paralegal to effect service by leaving the papers at the defendant’s home, and he made the order effective as of the date the complaint was filed.  The result is that the defendant, who was clearly well-aware of the lawsuit, and well-able to defend himself, was not permitted to duck the case on a technicality.   Problem solved!