For many patients, hospital affiliation is an important factor in choosing a doctor, particularly a surgeon.  Part of the decision involves the patient’s desire to be treated at a particular hospital–whether for reputation, geographical location, or other characteristics. But also critical to many patients’ thinking is the fact that if a particular doctor practices at Hospital X, he/she “must be a good doctor.” 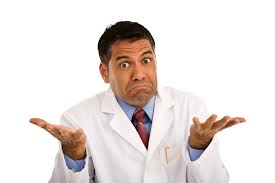 Hospitals are well aware of the marketing power of their brands, and spend large sums of money on advertising their services.  Billboards proclaim a hospital’s ranking, television and radio commercials promote special services or departments, and printed ads show contented new moms and dads bonding with their newborn baby in a homey setting. But when something goes wrong, most hospitals rush to distance themselves from the involved physicians.

In fact, many Massachusetts physicians are not employed by the hospitals where they work.  The hospital grants the doctor staff privileges, which permit the doctor to admit patients and perform procedures.  But if the doctor is negligent, the hospital claims that he is not an employee, and that the hospital is not responsible for the negligence.  So much for all those glossy ads.

A recent Massachusetts trial court decision takes a step toward helping patients hold hospitals accountable for the quality of the doctors who work within their walls.  In Rabelo v. Nasif, Worcester Superior Court Judge John Ferrara held that Massachusetts would follow a well-established body of law from other states, holding hospitals responsible for “negligent credentialing” when they grant privileges to bad doctors, or permit doctors with a long history of problems to remain on their staffs.

According to court papers, the orthopedic physician defendant had an extensive history of malpractice payments and disciplinary actions in the several years preceding his treatment of the plaintiff.  Despite this history, the hospital continued to grant him admitting and surgical privileges.  Yet the hospital claimed that it could not be held responsible for the doctor’s actions because he was not an employee, but merely a physician on staff. The court disagreed, noting that patients would reasonably expect that a physician credentialed by a hospital was competent and would provide proper care.  Aiding the plaintiff’s cause was the fact that he did not choose the physician to treat him, but rather was assigned this doctor after being treated in the hospital’s emergency department.

This cause of action for negligent credentialing has been available in other states for many years.  However, it has been of limited use in Massachusetts because most hospitals are incorporated as non-profit corporations, and thus, until recently, had their liability capped at $20,000. That cap was recently raised to $100,000, which will still discourage many claims against hospitals. However, as the medical landscape changes and more hospitals are bought by for-profit companies, the tort of negligent credentialing may be increasingly useful for patients looking to hold hospitals accountable for the care they promote.